HomeHow it worksPricingLoginHost a game

What is Catcher Games?

Catcher Games is a live-action social game which is organized by a host for a group of players. Most commonly played at universities and high schools, a Catcher Games can be organized anywhere with any group of people. Thousands of games have been organized at schools, private parties, in offices, and camps with the goal of creating fun and meaningful interactions between friends and strangers.
‍
Every player receives a target they need to catch while at the same time trying to not get caught by the person trying to catch them. After catching their target, the player receives points and then a new target. The game is played until there is only one player remaining, or the time ends and the player with the most points is declared the winner. 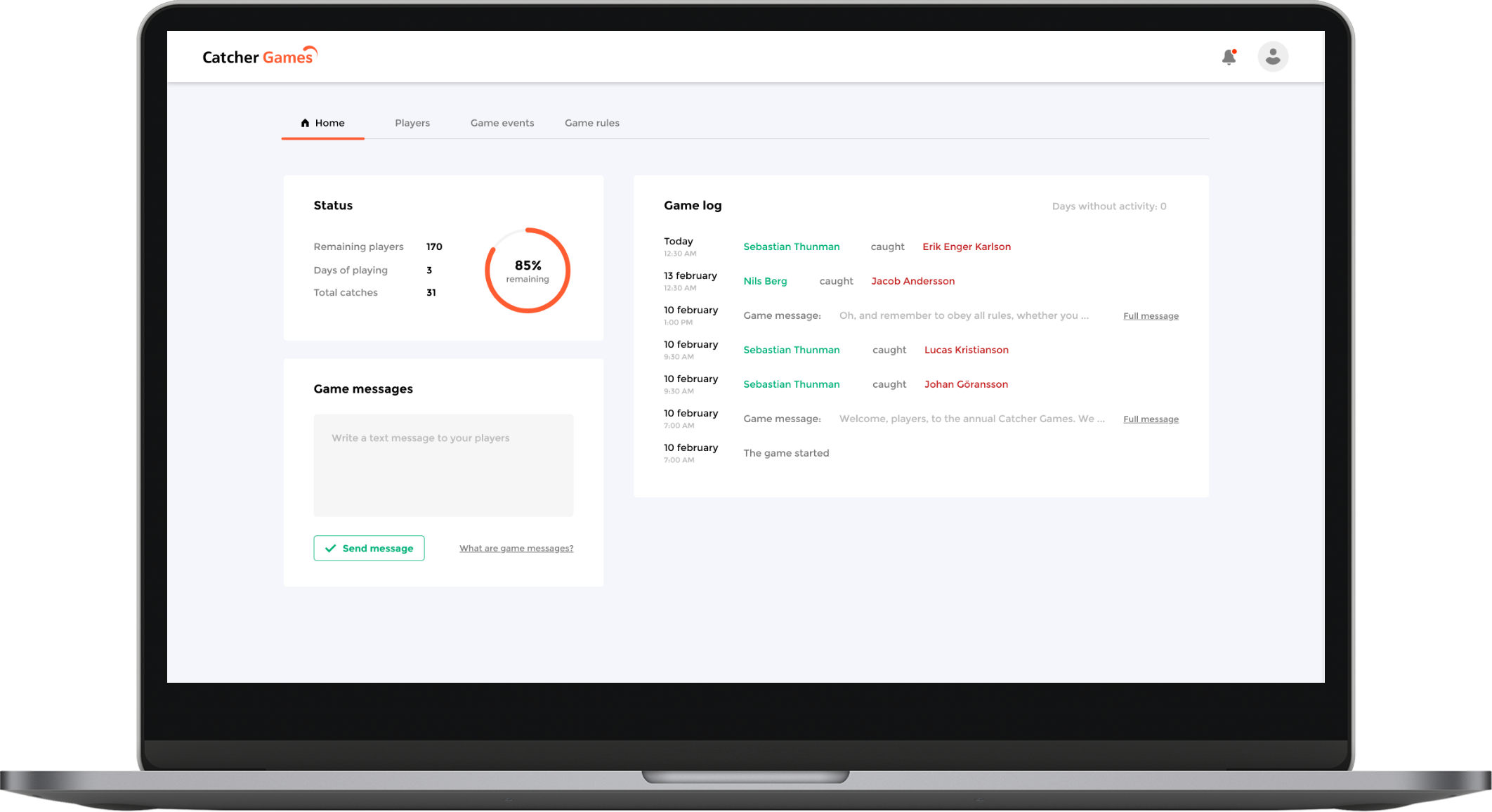 Hosting a game is simple! The organizer has control of every aspect of the game. After creating an account, the organizer adapts the rules, pace and limitations of the game to your preferences and the surrounding environment. They then proceed to invite the players (email) through a link. Once the invitations have been accepted, the game is paid for which allows it to start.
‍
Once the game has begun, the organizer has access to a control panel from which they can monitor the game, the players, and activate different game events. The organizer has full control over the game. They may settle any possible game disputes by removing, or reviving players. The organizer can communicate with the players through pop-ups and messages. For instance, they may use a pop-up to tell the players that wearing sunglasses on a specific day saves them from being captured. This is an opportunity for the host to get creative! 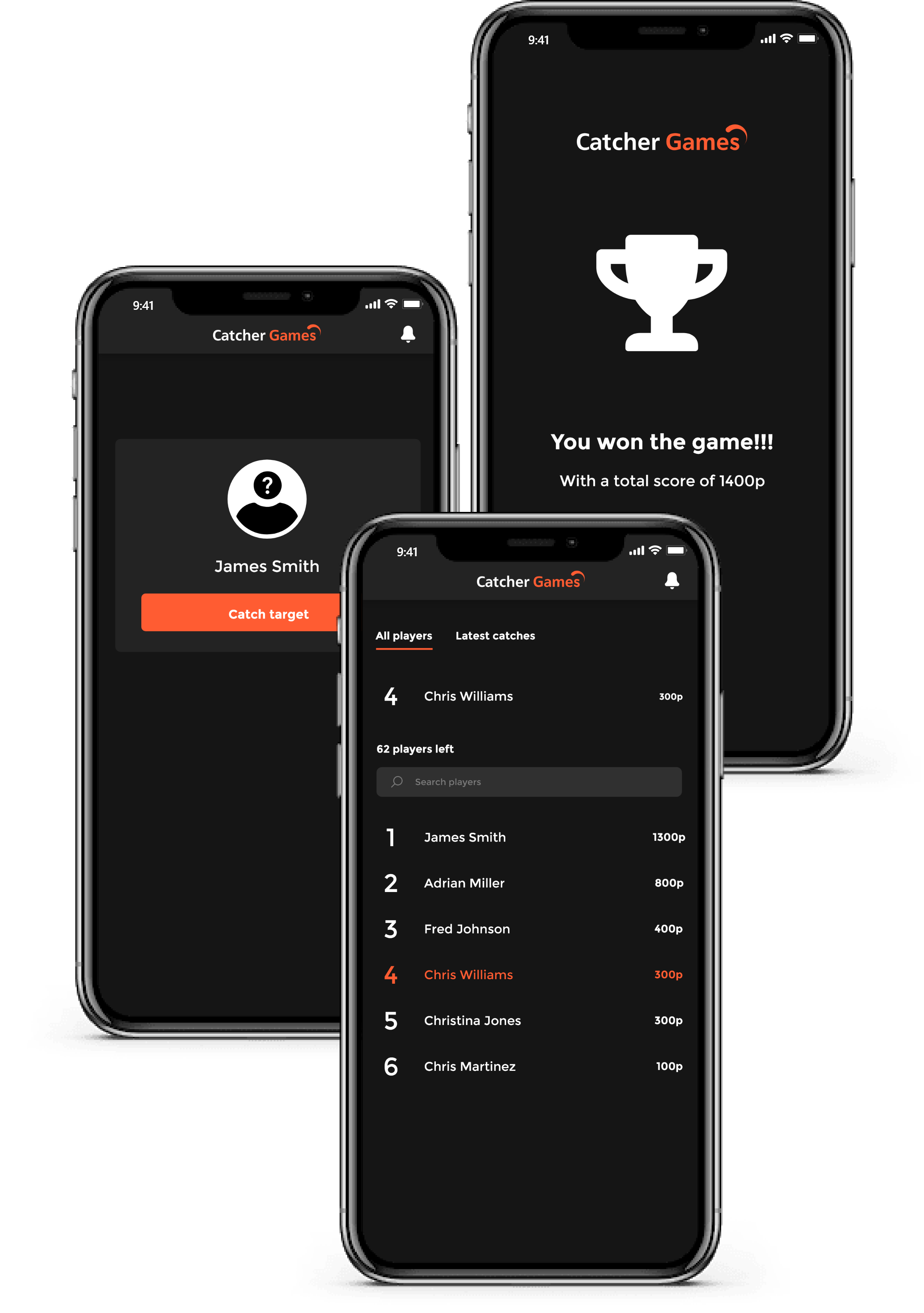 Once the game has begun, the player receives a link in their email, which they use to create an account. After downloading our app, they log in. They use the app to receive their target. After finding the target, you approach them and catch them. After the target has confirmed the catch, the player receives points and a new target.